5 Problems To Watch For When Buying Link Building Services

Many companies have tried or still buy link building services. The main SEO issues with buying backlinks isn’t that the backlinks bought don’t work. Often backlinks in general will work to improve the keyword ranking. While it can work well, its the method these backlinks are acquired and how it affects the client’s website in the long run. SERPs also gets very littered with websites that really shouldn’t be there, that doesn’t help anyone in the overall scheme of things.

Many companies buying backlinks are unaware of the shady tactics used by those selling link building services. Backlinks should be acquired naturally from websites that think content is that great that they want to link to that content from their website. First off, let’s start out by saying, buying link building services is really greyhat SEO and even blackhat SEO. Google WILL manually penalize websites that are caught in link schemes.

Backlink manipulation is a huge problem for Google and one of the few loose ends Google has to tackle before they can improve SERPs even more. Because of this, backlinking data has been collected and analyzed for the last decade almost. Websites noticing spammy backlinks or link schemes are encouraged to report such to the Google webspam team. Backlink optimization is needed often when websites purchase backlinks, eventually those backlinks turn into 404s and need to have the webpage 301 redirected.

1. If Link Building Service Stops Does The Backlink?

A huge problem for companies right now is the fact that once an SEO retainer or link building service payment is stopped, 9 times out of 10, the backlinks acquired are also stopped. This is highly unethical and doesn’t make much sense if you think about it. It’s like paying for a yearly roofing contract, only to have the roofers remove the roof after you stop paying.

Paying for backlinks is questionable enough, however what exactly are you paying for if the backlink is to be removed after you stop paying? Just the very act of finding a webpage to add a backlink too, which if the link building service owns many PBNs, you might be paying for nothing more than a backlinking service charge. It’s just a very messy concept that Google has created and ultimately if not fixed, will be the reason a competitor search engine takes the popular vote. The ability of Google to find and devalue backlinks is increasing.

So the tactics that some linkbuilding services will use called the ” hub and spoke model ” aren’t as effective as they used to be. Google is able to see such connections and devalues or in some extreme cases results in website deindexing. Many times it’s just the keywords used in the anchor text are devalued and don’t rank as well overnight.

Backlinking services will use private blog networks also called a ” pbn “. Pbns can be created from scratch or they can be made from expired domains that still have some ” leftover ” link value to Google. The problem with pbns is that many don’t have that high of content quality and articles aren’t as relevant as they could be if naturally linked too.

Eventually Google will be able to detect pbns and backlinks to such networks will not be as valuable to websites. This is why doing proper backlink outreach is the best form of link building. Private blog networks often lack basic onpage SEO factors, since it’s much harder to maintain many websites.

Pbns will also need to build up their own backlinks to even be seen as a worthwhile service to purchase in the 1st place.Which can mean a disruption in the backlink service in general, so it’s a sketchy business practice to use. The ways to find these low quality websites is growing with every indexable page. So the reign of the cheap pbn used as a backlink could be close to an end.

Many pbn are comprised of low quality websites with very minimal content and only the classic 1 to 3 backlinks to the same website, very rarely to another. The themes aren’t very recent and often pbn can be found out by what theme is used. Because of this these websites aren’t really used by the public. Many would see such websites as spammy and irrelevant to the users search.

Such websites get mainly crawled by bots and propped up by even more backlinks from other pbns or even backlinks on high domain rating ( an AHREF’s metric ) websites. Why this would matter to SEO is that it’s not helping the user at all. Many are just going to find it spammy or view it as advertising because of the placement. When a backlink is authentic, it supports the article and assists the user in understanding more about the content. When a backlink is bought, it often leads to more questions or is just shrugged off as an ad.

Backlinks that are bought are often on websites that are linking out to other websites. If the content niche if small, there is a good chance a competitor is on the same website. Why this would even matter is a competitor or anyone else could report the website after gaining addition backlinks to supplement.

That extra edge even for a moment in certain niches could be worth the effort in profits. The other disadvantage could be having a client poached by disclosing that the company has ” bought backlinks “. Turning something that was thought to be quick and easy into someone else’s case study for client acquisition.

Of course if the above 4 things aren’t something to worry about, there is the issue of Google discovering the backlink scheme. If a link scheme is determined the result could be a keyword ranking penalty, or worse a website deindexing. Since 2012 when it was called the ” webspam algorithm update ” the ” Google Penguin Update ” was added to the Google algorithm. This update to the algorithm looks for bad backlinks and devalues them on the fly.

However a manual penalty is something worse, since it’s not fixed until website action occurs. If a website gets hit by a manual penalty for ” Unnatural links to your site “, the website will not regain keyword rankings no matter what is done other than having the backlinks removed or nofollowed. Normally a disavowing of paid backlinks is needed if they cannot be removed or no-followed.

Not having someone managing your Google Search Console can be costly everyday it’s not fixed. This kind of penalty can also be the result of a webspam report against the website. Which is another reason it’s just not worth it in the long run to buy backlinks and make sure any linkbuilding service that is bought uses acceptable practices.

If you’ve been penalized or think you might, don’t wait until you are! 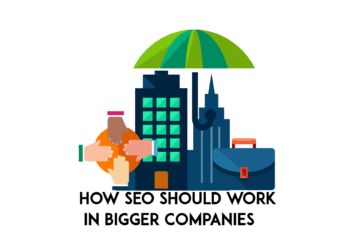 How SEO should work in Bigger Companies

Sometimes SEO myths and misunderstandings can led to bottlenecks in processes. 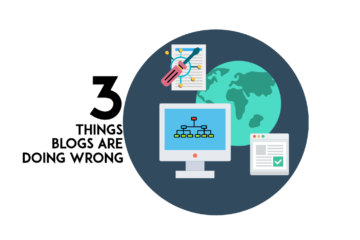 More blogs are competing with one another, trying to outrank. Get an advantage, know these 3 things many blogs get wrong for SEO. 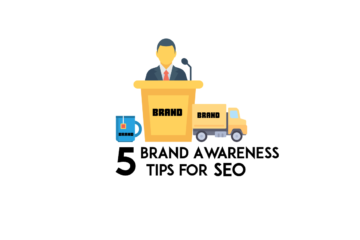 Brand awareness is something every business understands the need for. But did you know it plays a big role in SEO?