Why Every Google Update Isn’t A Reason To Panic

If you read any of the big SEO news websites, you’ll notice an awful lot of google update talk. What is a Google Update? Anytime you hear the term ” Google Update “, normally the topic is about an update to Google’s algorithm that handles how web search works. Every Google update is important, however, the public isn’t always made aware when all Google updates happen. Sometimes Google will release a statement, but many times, updates are declared by 3rd parties who are really best guessing from changes in search results. If a website’s SEO is maintained, Google’s algorithm updates, will not change the website’s ranking that much, and often will improve the keyword rankings for that website. Core algorithm updates happen a few times a year, and even these big core updates, will not harm a website’s rankings, if SEO is maintained. Google makes updates to their algorithm everyday, we the public, just aren’t made aware of such info, daily.

Here’s an update about updates — updates to our search algorithms. As explained before, each day, Google usually releases one or more changes designed to improve our results. Most have little noticeable change but help us continue to incrementally improve search….

Many times these updates to the algorithm are for offensive means and not to change things up further. Search engines have a big job, not just figure out a way to serve users with webpage content that fits their search term needs. But also to combat against those websites that want to manipulate the way the search engine operates. Money is not just a motivator for good, it just as well motivates alternatives to good intentions. Many times this is called blackhat or grayhat and it’s a billion dollar industry. This is where technical SEO can also play a part, watching out for previous tactics that might have penalized a website.

It’s not that these tactics and services don’t work, if that was the case, they wouldn’t be appealing. The problem is that these services and tactics often use loopholes or pieces in the Google algorithm that can be exploited. Often these Google algorithms are updated to combat against newly found issues in webspam and backlink manipulation. Since Google’s backlink heavy ranking factor implementation, many PBNs ( private blog networks ) have been used, shut down, disavowed and blacklisted. However, if you develop websites, then you know, a new domain is just a few dollars and a template away from starting back up.

RankBrain Learns From Users And Developers

RankBrains main job is to understand search intention, via keyword relevance with webpage ranking and user metrics to determine satisfaction with results. It’s not too hard to think metrics from search console could be used since the data is already there. It’s best to think of RankBrain like the CPU of a computer or the Engine of a vehicle. While RankBrain isn’t the boss, it is a huge part, in fact, it’s the 3rd most important ranking signal in the core algorithm. What are the second and first most important ranking factors? 1st would have to be links, both backlinks, and internal links, 2nd would then be keywords, without keywords, contextual relevance cannot be understood. RankBrain factors more than 200 SEO signals from website content and user searches.

If your website practices good SEO, then Google algorithm updates will please you instead of worry you. Every algorithm update is a step closer to guidelines disclosed by Google to be the website ranking handbook. Web search has only gotten better over the last 20 years, keywords actually mean something and conveys search intent. We’re still ironing out issues with backlink spam and websites ranking via manipulation, however, that’s part of reality. There are always good and bad actors in every industry. Part of the benefit of Google algorithm updates is to combat these blackhat SEO tactics and even negative SEO.

Think about how much data is needed to make a change to something a huge as the way search terms display relevant webpages and you’ll have a tiny understanding as to the complexity of the Google search team. With over 200 SEO ranking factors, a much more savvy public asking questions and a hidden section of the world’s population out to exploit any bug, error or hole in the algorithm, it’s no wonder there are so many Google algorithm updates. Some of these algorithm updates have to be actual learning and research as well, So when you factor in all of the above, every algorithm update doesn’t seem like a website death nail. Follow proper SEO, and of course, Google’s guidelines and Google’s algorithm updates shouldn’t scare you anymore!

If you are scared by Google algorithm updates, contact SEOByMichael for an SEO audit today, and know for sure where how your website measures up!

The Difference Between AMP Warnings And AMP Errors

Google AMP doesn't have to be frustrating. Knowing what's important to focus on can save time & stress! 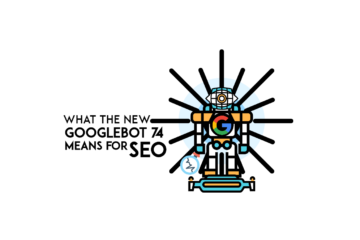 What The New Googlebot 74 Means For SEO

What does the new Googlebot 74 mean for SEO? A whole lotta JavaScript / API love and then some. 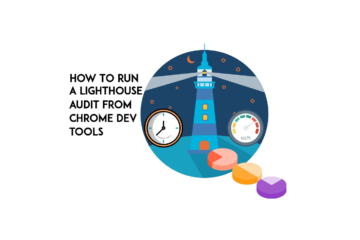 How To Run A Lighthouse Audit From Chrome Developer Tools Console

Did you know Chrome has a built in webpage speed checker? Did you know it checks for some SEO factors?